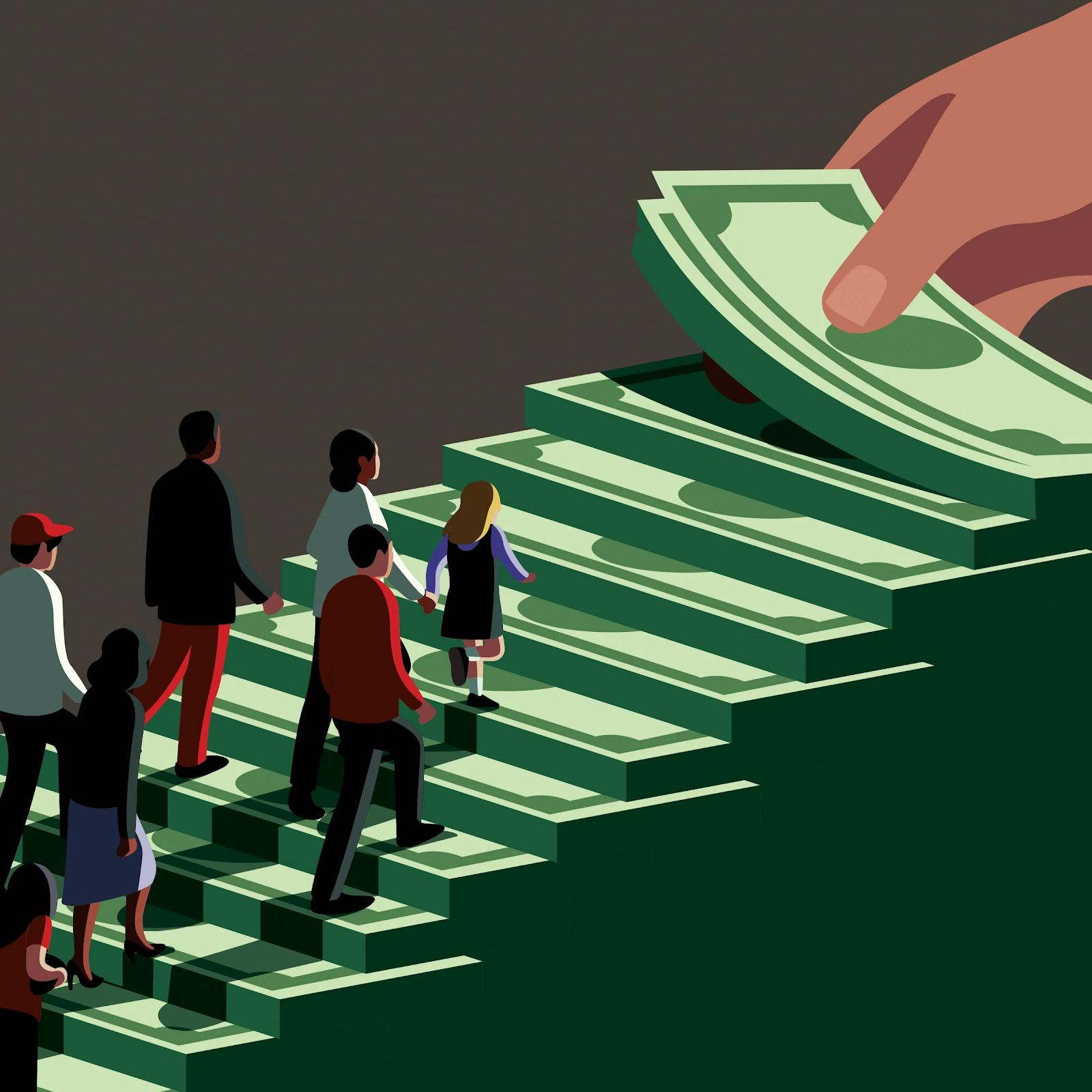 We need to revisit the idea of Universal Basic Income

In April 2020, the number of unemployed people in the US shot up to 23.08 million, 300% higher than it had been just two months prior. In the UK and Europe the percentage jump is lower due to generous government subsidies, but as those begin to dry up in the coming months, the picture is going to get worse here as well.

Meanwhile, the pace of automation and digitalisation is only accelerating. Companies, desperate to cut costs, are now investing in robots, e-commerce, and virtual technologies to accomplish tasks that were previously done by humans. Consumer habits which might have otherwise taken a generation to change have been transformed overnight. My downstairs neighbour, age 70, now orders her groceries exclusively via Ocado, the popular online delivery service.

Many of the jobs being lost are routine in nature — exactly the kinds of jobs that are easiest to automate. Worryingly, research has shown that in recent recessions, these jobs don’t come back even when productivity does, leading to a jobless recovery. This is the concerning scenario economists have been warning about for years — a level of automation that causes permanently high unemployment rates.

So how can we respond? Reskilling is certainly a part of the solution. Employers, governments, and workers need to invest time and money to enable lifelong learning. Some countries are leading the way, notably France and Singapore, where all citizens now have access to a personal learning account to fund upskilling and reskilling. In recent months many large companies have made pledges to reskill their workforces as well, notably Amazon, PwC, and the French telecom giant Orange.

However, reskilling isn’t going to be enough. The impact of automation is that firms will need fewer people to accomplish the same output. While some can reskill into the job areas that will see greater demand, that total number will necessarily be lower. We need a more holistic solution.

Guaranteed Universal Basic Income (UBI), is one such solution. In short, UBI is exactly what it says — a minimum paycheck for all, no matter what your income level. As reported in Wired, Jamie Cooke, head of RSA Scotland, defines UBI as follows: “Basic income is regular and secure payments directly to every individual within a country, which comes from the state, and I think it has to have certain core elements to it — it is universal, it is unconditional, and it is regular, secure and direct.”

Sounds utopian, doesn’t it? In fact, Wired goes on to note that the original idea can be traced back to Utopia, written by the English scholar Thomas More in 1516, where he described a fictional island community where everyone was provided with “some means of livelihood”.

The idea has been subject to significant criticism and even ridiculed as impractical. While the arguments against it are powerful, I believe our current moment calls for a closer look and more powerful action in favour.

First, critics say UBI is too expensive. But we should be clear about what we’re comparing it to. For example, a recent article from the BBC describes an experiment with UBI in a small town in Canada in the 1970s, where hospitalisations declined 8.5% during the period where basic income was being provided. As explained in the article by health economist Evelyn Forget, “As a health economist, you become aware very quickly that we use the healthcare system to treat the consequences of poverty, and we do it in an inefficient and expensive way,” she says. “We wait until people live horrible lives for many years, get sick as a consequence, and then we go in all guns blazing to make things better.” Other comparative studies in the UK drive home the point. A report last year from the think tank Compass found that introducing a UBI for everyone in Britain would have a net cost worth less than the aggregate cuts to benefits since 2010. In short, when compared to the savings from less reliance on other benefits programmes, lower healthcare costs, and the expected improvements in everything from mental wellbeing to violent crime, the programme may well be affordable, and should be considered at this holistic level.

Second, opponents of UBI say it will encourage people to stop working, leading to all sorts of negative unintended consequences. The data here are not as clear, but do tend to refute this. Both the Canadian experiment from the 1970s and a more recent example in Finland found that beneficiaries of the programme actually transitioned to better and more stable employment. With the security of a guaranteed minimum income, it seems they were able to focus on finding a good job as opposed to taking the first, often precarious, source of income that presented itself.

Third, there are the optimists who point out that in every past economic transition period, while many jobs have been lost, other often better jobs have come in to take their place. This theory holds that humans are endlessly creative, and will always invent new ways to create products, services, and income. The problem with this theory is it neglects the process of transition itself. As the influential economist Carl Benedikt Frey points out in his recent book The Technology Trap, “Most economists will acknowledge that technological progress can cause some adjustment problems in the short run. What is rarely noted is that the short run can be a lifetime.” Even if we replaced every job lost to automation with a better one, it will take a long time and be a painful process. UBI is a powerful tool to stabilise the experience.

Finally, I’ll come back to the topic closest to my professional interest — reskilling. My company has helped tens of thousands of people make astonishing career transformations, almost all of which result in better paying and more stable jobs. However, I’m under no illusion that these reskilling experiences are available to all. Most of our courses take three months to complete, and we haven’t been able to find any shortcuts around these. If you’re a recently laid-off worker struggling to make ends meet, reskilling experiences — even when subsidised by government programmes — can be frustratingly out of reach. The security of a Universal Basic Income would be a meaningful step to make reskilling more in reach.

The jobs crisis is here. It’s happening now. And if we don’t act with bold and creative solutions, it will get much worse.

Anand Chopra-McGowan is one of the founding team members of General Assembly, a pioneer in career transformation.

Create a free user account today!
Thanks!
An email has been sent to your inbox
Oops! Something went wrong, please try again