University as a Service (UaaS)

After a gap year teaching, my daughter was expecting to join other freshers when she commenced university later this year. COVID-19 has disrupted this for her as well as the life of millions of students globally.

Like schools, universities have quickly responded to the crisis replacing face-to-face seminars with online delivery and tuition. With a few exceptions the majority of institutions were unprepared for this sudden switch. Lecturers, unskilled in learning experience design, sought to virtualise their performances only to find digital infrastructure and students familiarity with clunky learning management systems lacking. The result is an unsatisfying and less than optimal learning experience for students.

Unprotected by the public purse universities face an existential crisis caused by the collapse in numbers of fee-paying international students. Domestic students now contemplate what their degree experience looks like when, as Cambridge, universities close their campuses until the ’21-’22 academic year. Should they go for it in the hope that their chosen university will eventually open their campus or should they defer?

Beyond the prestige of the university itself which could be described as “the brand” there are many factors a student, particularly those transitioning from school, consider. My daughter and I attended numerous open days prior to her choice of university. After faculty and the course itself it was the place and its location that swung her decision. She saw herself living in Scotland, attending lectures and seminars within the distinctive university buildings, exploring the vibrant city and socialising with new friends. For her it was the bits in-between the studying that provided the distinctiveness that would stimulate her learning, growth and independence. It doesn’t matter how much tartan we use to decorate her room it just won’t be the same studying on her own from SE London.

With significant personal debt from tuition fees at stake I imagine that a lot of young adults are now considering their options. The nature of higher education has become transactional and thus a marketplace. The distinctiveness of geography and physical facilities are being replaced by user experience as a deciding factor in the battleground for student numbers whilst the global marketplace has potentially opened up.

In a world where geography isn’t an obstacle, the dominant higher education brands have the potential to operate at internet scale. This assumes that they don’t merely rest on the laurels of their brand and can pass muster in creating compelling learning experiences for this new world that we are transitioning to. Prof Scott Galloway predicts lucrative future partnerships between the FAANG mega-corporations and major higher education brands emerging as a result of current disruptions. Galloway wonders what a partnership between MIT and Apple would look like?

These aren’t particularly new ideas, I even coined a term myself for this in a keynote talk during the Edinburgh Festival in 2011, Napsterfication. Zip forward 9 years and now plucky entrepreneurs talk about the Netflix or iTunes of higher education. But these are all too simplistic, conveniently ignoring that learning is far more than a consumptive or extractive activity. The bits in between are important, for learning is a social experience that has the potential to be regenerative — putting back more than it takes out as learners apply their knowledge to the things that are useful to them and their communities. Prof Noam Chomsky said, “you don’t win the Nobel Prize by reading the most books”. Education then, isn’t just content. Learning requires that we do something with it and apply it in the form of practice otherwise how do we know if it is useful or even true?

Learning requires that we do something with it and apply it in the form of practice otherwise how do we know if it is useful or even true?

The Napster vs iTunes of higher education idea remains interesting to me however. For those old enough to recall, Napster was the enfant terrible of music file-sharing of the late 90s. One can draw a line from the illegal file sharing networks of the 90s to the design of the iPhone released in 2007. The bridge here was iTunes. Apple acquired an MP3 music player and device synchronisation utility for Macintosh called SoundJam in 2000. MP3 was the file format of choice for compressing audio files ripped, often illegally, from audio CDs and shared on peer-to-peer networks such as Napster. Apple took its newly acquired SoundJam, cleaned up its interface, added CD burning and relaunched it as iTunes. In 2001, nine months after releasing iTunes Apple introduced the iPod. After initially upsetting the already disrupted and reeling music industry with its “Rip. Mix. Burn.” campaign Apple eventually made friends (kinda) and by 2004 became the worlds largest distributor of recorded music. One could argue that the introduction of the iPhone in 2007 was in part to preserve Apple’s dominance. The rest is history.

During its evolution from music ripping and playing to purchasing, iTunes did something else to the music industry and specifically “the album”. In advance of opening the iTunes Store in 2003, Apple’s then CEO, Steve Jobs visited the CEOs of the worlds leading music labels to acquire the music rights for iTunes and permission to unbundle the album. Unbundling meant that the individual tracks of an album could be purchased separately as if they were singles. This proved to be a revolution for the music industry whilst driving iTunes annual revenues into the $ tens of billions.

Given the spectacular success of iTunes due to its innovative pricing model one might have been forgiven for thinking this would be an end to price innovation in the music industry for a while. However this would have been wrong as music streaming services went through explosive growth offering all you can listen to music as a service for a monthly subscription that cost no more than an album or free if you take the adverts. The leader of the pack has been Spotify and it took Apple 9 years of declining iTunes revenues before it responded with its own music streaming offer.

Returning to higher education one can imagine how the content aspects; texts, lectures and simulations of a university education can be placed into an iTunes style distribution model. Indeed, we have already seen this happening to various degrees of success and failure with MOOCs. A common criticism of MOOCs is the dropout rate but this perhaps misunderstands the nature of MOOC access. Many of us use MOOCs as digital content in the same way that we might use podcasts or YouTube. If we used those metrics rather than completion rates then the picture looks different. If we apply the concept of unbundling to university courses things get a lot more interesting. The possibility of plotting a unique interdisciplinary path unrestrained by geography, degree programme or single university whilst collecting credits towards a certification, essentially mixing your own degree, feels tantalising.

The education conveyor belt of the last century that went school to university to work and a job for life just doesn’t work in an era of rapid transformation. Suppose we truly embrace the notion of continuous or lifelong learning and apply that to the university model. It wouldn’t just stop in your twenties would it?

University as a Service (UaaS), where higher education course and degree modules are unbundled and accessed via a monthly subscription, could be a landing spot for the future of higher education and lifelong learners. This comes with some caveats however. Even assuming that the social aspect of learning between students engaging remotely can be solved; from the performing arts to engineering and medicine there comes a point where practice must occur. Learning can’t simply be ‘Platonic’ as my friend and colleague William Rankin has described it. An unbundling of theory and praxis might provide some foresight as to how university buildings and facilities may be repurposed in the future after the great transformation for which the pandemic has been a catalyst. Perhaps the facilities of universities are made open to their communities. Might then the role of such places be for civil society to come together to explore the future.

There is inevitably a tension here between higher education as a public good and the marketisation of education that UaaS implies. Certainly Galloway’s prediction suggests rampant capitalism and market forces transforming higher education in response to this disruption. We might however see a further unbundling of the research and academic functions of universities that renders the big brands, e.g. MIT, Harvard, Cambridge, Oxford, etc, of higher education to become clearing houses for the validation of academics and lecturers who migrate to UaaS systems. Returning to the iTunes/Spotify paradigm for a moment, whereas in the past I might have known, today I couldn’t tell you which record labels my favourite recording artists are signed to. Thus I wonder if Galloway’s prediction has gone far enough, perhaps we will see rockstar academics, teachers and lecturers disintermediate themselves from their stable brand.

The idea of a commercial organisation like Amazon, for example, owning higher education and as a result, what we think, do and buy, should concern even the wildest free marketeer.

Whilst entertaining, comparison of higher education with the music industry is problematic when one thinks about their purpose. One is intended to profitably exploit copyrights; the other is intended to advance humanity. The idea of a commercial organisation like Amazon, for example, owning higher education and as a result, what we think, do and buy, should concern even the wildest free marketeer. Such rampant privatisation ends up reducing choice rather than expanding it. Thus the role of the state to mitigate against intellectual monopolies and algorithmic societies must be considered. As universities and higher education establishments stare into the abyss it will be beholden upon governments to ensure that they don’t slide in. At the same time, the opportunity to reform an out-of-date system that this crisis catalyses shouldn’t be avoided.

When the music industry was disrupted at the turn of the century those who did most of the complaining weren’t the artists or their audiences. It was those who missed the limo’s, expense accounts and the accoutrements that came from being a music industry executive. It turned out that they had little to do with the music. They just got in the way.

Graham Brown-Martin brings together social, economic, political and technological trends to consider how we might prepare ourselves for the future. 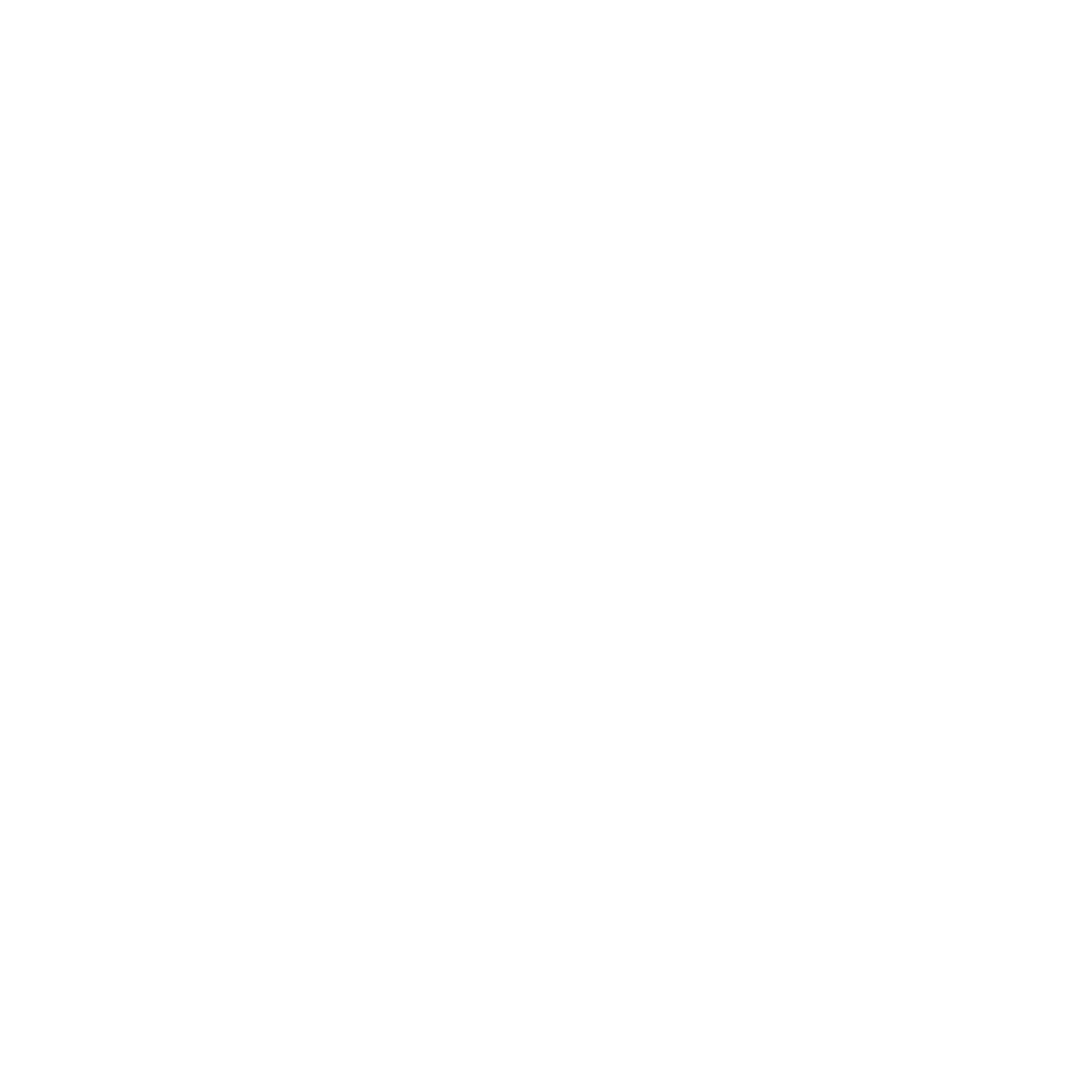